The  British Bristol company designed Type 152 as a torpedo bomber in the nineteen thirties. First flight was in 1939. It was soon urgently needed because of the outbreak of the war and was mostly used as a low level bomber. Several versions were developed with the Taurus engine and later even Pratt and Whitney engines. It was widely used and over 1,300 aircraft were manufactured (also in Australia). 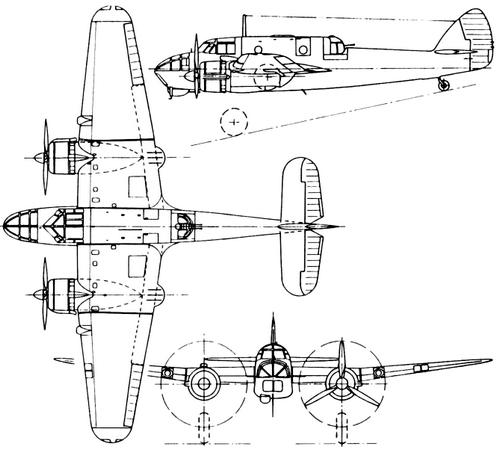 This Beaufort mk. VIII was a version with an ASV radar. This aircraft was made for display using parts from several aircraft. This display was seen at the RAF Hendon museum in London. (Sorry for the bit dark and yellow photo's but lighting conditions are poor at Hendon).

Plastic scale models in 1/72 were from the old FROG and short-run kits from High Planes. The FROG kit was "copied" by NOVO, Encore, UPC, Tri-ang, Donetsk etc. and a neater kit is available from Special Hobby.  In 1/48 Contrail had a very basic vacuform kit.