The Supermarine Seagull V type 236 was designed in the early 1930s by for an Australian RAAF requirement (specification 6/34) as an air-sea rescue and  patrol amphibian biplane aircraft.

Called the Seagull V, although it only resembled the earlier Supermarine Seagull III in general layout. The type was better known as the Walrus as built by Supermarine used by other air arms like the RAF which got the first aircraft in 1936. It was built at Vickers Supermarine, Woolston (UK).It had crew of 3 and a metal hulled fuselage but fabric biplane wing. With the single Bristol Pegasus VI 9-cylinder radial pusher engine of about 775hp, it had a top speed of about 210 km/h. The Seagull V was also capable of carrying a light military payload and 2 x 0.303 machine guns. The type was extensilvely used by the RAAF in the Second World War in the Far East. 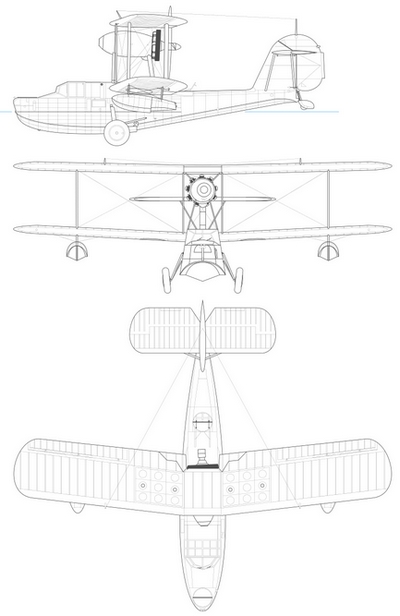 NOTE: 2 civilian Dutch registred Walrus aircraft were deployed aboard the Dutch Whaler ship "Willem Barendsz" from October 1946 - March 1947. They had bright yellow schemes. Walrus PH-NAW while deployed from Willem Barendsz had an accident at this voyage December 1946 and sank near CapeTown, South Africa ); The other Walrus PH-NAX on board did not fly for various reasons and was put out of service upon return March 1946; it sold and was a "tourist attraction" at Vaalserberg for a few years.


This Seagull V with code A2-4 was one of 24 aircraft ordered for the RAAF. This aircraft was shipped in 1936 to Australia and in 1940 got a camouflage scheme. It was after the out break of the war in the Far East used for patrol duties but saw probably no combat action. In 1946 put out of service and went into provate ownership and used also for pleasure flights and fishing trips until 1966. later restored and flew again. It is since 1979 on display at the RAF museum in Hendon, London (UK).

Only a few scale models exist of the Seagull V. In 1/72 Valom has a short run kit and in 1/48 SilverWings has a kit of a Seagull II/III. But many more models have been released of the very similar Walrus.