The Percival Proctor was designed as a light communications aircraft and also for training radio operators. First flight was in 1939. It had a single pilot and could carry two additional people. The usual piston engine was a Gipsy Queen of 210 hp giving it a max speed of 270 km/hr. It's loaded weight was about 1580 kg and range typically 800 km. It was also used as light transport and after the outbreak of the Second World War used a lot. It served with the RAF until 1955. The type was also used after the war by other countries including the Netherlands. 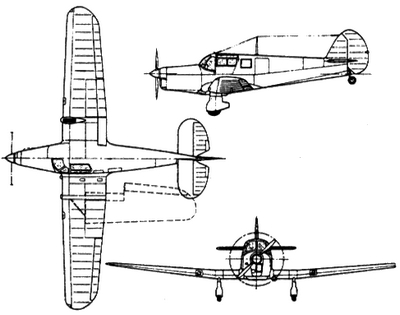 This aircraft coded "LZ766" is on display at the Imperial War museum Duxford (UK).

This Proctor P.31 coded "P-4" was one of the 6 aircraft flying in the Belgium Air Force from 1947 and used for training observers and radio operators. This preserved aircraft was seen in the Brussels air museum at the Jubelpark in central Brussel, Belgium.

Only a few scale models exist of the Proctor: In 1/72 scale models appeared of FROG (later NOVO) and a better one from Dora Wings. Dora Wings also has a 1/48 kit.

Enthusiasts and historians can check out the history of the Proctor as used by the KLu here..

This walk around page was first created March 2016 by M. de Vreeze