The Boulton Paul Defiant was designed in the 1930s as a British interceptor aircraft. It got a "turret" and in those days it was thought the best way to fight against bombers. The first capable aircraft flew in August 1937 and it used the RR Merlin engine and became operational in the RAF in 1939. When the war started, it was found it was in daylight not a match for any German fighter. It was in night cover that it proved to be reasonably effective. The Defiant was also used in gunnery training, target towing, electronic countermeasures and air-sea rescue. Some were also used in Commonwealth India. 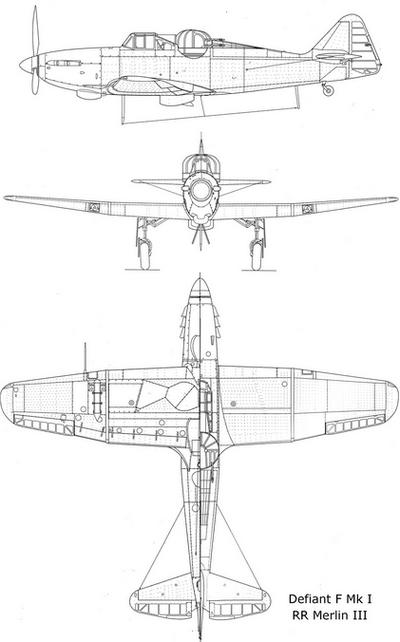 A few scale models exist of the Defiant. In 1/72 scale kits were from the old Airfix, MPM , Pavla and a resin CMR kit. Now Airfix released a splendid 1/72 new kit. Airfix has also a very nice 1/48 kit. In 1/32 scale there was even a rudimentary ID Models vacuform.