The British De Havilland company developed the Mosquito as light bomber to a RAF specification in the 1930s. The idea of Geoffrey de Havilland was a fast twin engined aircraft that was kept simple with no cannon armament but could perform its role much better by having a very high speed. This idea was not liked by the RAF but as the War broke out, quickly in early 1940 all means were used and production began in 1941. Unique was the large use of wood in the airframe and special production techniques, so often called the "wooden wonder". It also had two RR Merlin engines giving it a formidable speed of over 400 mph (depending on the engine installed) making it hard to catch for any enemy fighter. The Mosquito proved popular and through dozens of versions was used in other roles like reconnaissance and anti ship missions.  It also became a night fighter in 1942 and overall the Mosquito was an important British aircraft in the Second World War. 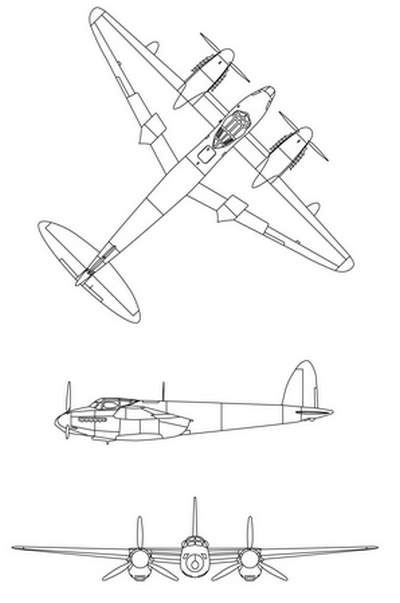 Many scale models exist of the Mosquito. In 1/144 Aeroclub had a kit . In 1/48 scale from Airfix  and the kits of Monogram/Revell/ Hasegawa . In 1/72 scale numerous kits like the old FROG/ NOVO, Airfix, Revell,  Matchbox, Hasegawa and a nice Tamiya kit and the new Airfix kit in 1/72 released 2021.

In 1/32 Revell / Lodela had a good kit, but now a far better kits are available from both Tamiya and HK Models.

Famous is the old 1/24 scale Airfix kit which was a real eye cather at the time.