The Hawker Nimrod biplane was developed in the 1930s in England as a naval fighter and was to fly from Royal Navy carriers. As usual in those days, it was a biplane and was based on the RAF used "Fury" but it got longer wings and special naval equipment. The engine was the Rolls Royce Kestrel. It entered Fleet Air Arm service in 1932. Only some 92 aircraft were manufactured and in 1939 it was replaced. 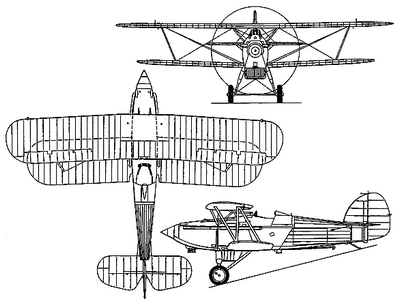 A few scale models exist of the Nimrod biplane. In 1/72 scale CMR has a nice resin kit.

The walk around page was first created March 2016 by M. de Vreeze