The German Heinkel He 100 was designed as a fighter prior to the Second World War.  First flown in January 1938, it was fast with a normal top speed of 670 km/hr. It reached a top speed of 746 km/hr, a world record in March 1939. It was tested and about 25 aircraft made for testing and pre-production but for unknown clear reasons the type was never put into series production. The Messerschmitt Bf.109 was preferred that used the same Daimler Benz DB 601 engine. 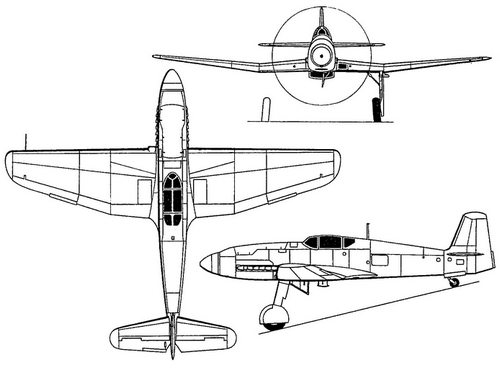 Some scale models of the Heinkel He 100 exist: in 1/72 scale old kits from Lindberg and later a beter short-run MPM / Special Hobby kit. In 1/48 kits from HiPM and in resin from Planet. In the larger 1/32 scale, Special Hobby has also short-run kit.