The  Boeing KC-97 air refuelling tanker is a version based on the C-97 stratofreighter transport aircraft. The C-97 was designed by Boeing using B-29 and B-50 experience as a long range military cargo aircraft in the nineteen forties and first flight was November 1944. The Second World War ended but the Cold War emerged and the USAF got the C-97 in 1947. Over 1600 aircraft were manufactured mostly fitted with 4 Pratt and Whitney Wasp 3,500 hp engines including over 800 KC-97 tanker aircraft. The KC-97 had its rear doors closed and large fueltanks fitted inside as well as an boom at the rear. 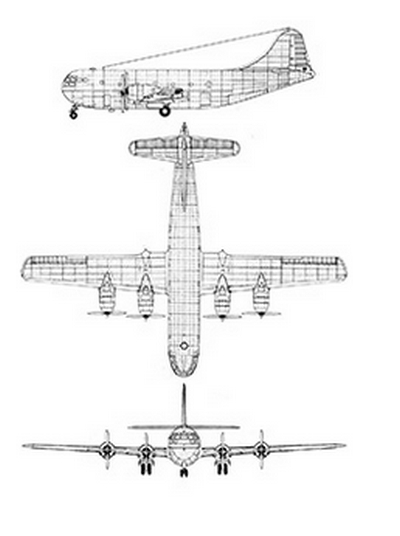 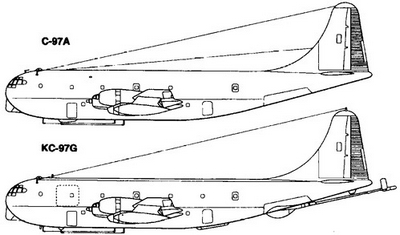 This aircraft s/n 53-363 has four Pratt and Whitney R-4360 engines of 3,500 hp. Originally it was manufactured as a G model at the Boeing Aircraft plant in Seattle, WA. It was delivered to the Air Force on 26 September 1956 and it flew until 1976. It went to the storage at Davis Monthan until 1980. It is on display at March Field museum, Riverside, California USA (on loan from the USAF museum).

A few kits of the KC-97 exist. In 1/144 scale from Minicraft and in 1/72 first a vacuform kit by Rareplanes but in 2000 a much better injection moulded kit from Academy.

This webpage was first created May 2016