The  Breguet 19 bi-plane was designed as a light bomber and reconnaissance aircraft with first flight in 1922. Different engines were used and it used dur-alumin in the structure and it was quite fast for its time. Over 2,700 were built and it was used by various air forces all over the world. 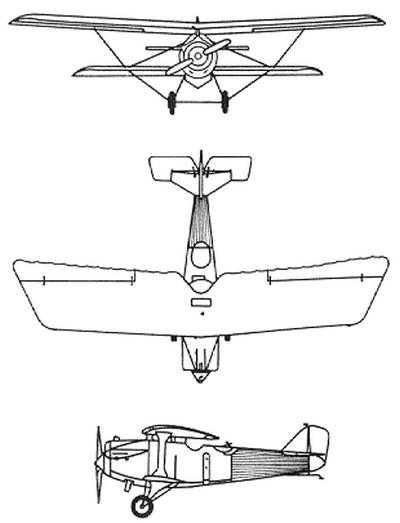 This aircraft was used for long endurance flights as "T.R Super Bidon" with large amounts of fuel. In 1929 an attempt was made to cross the South Atlantic but in 1930 a flight was made from Le Bourget to New York USA (to Curtiss field). The ferry range was over 9,000 km.

At the Le Bourget museum "Musee Air et Espace" at Paris this splendid restored aircraft can be seen.

A few scale models exist. In 1/72 scale Airmodel and Formaplane had vacuforms whereas FGM-Master-Dujin had the "Super Bidon" as a model. Replica, Hit Kit and L&M resin had released better kits as well as Omega of the most common used versions.