The Boeing P-26 was designed in the 1930s and was the first American all-metal production fighter aircraft. Its role was "pursuit" and the monoplane served with the United States Army Air Corps. It was called the Peashooter but soon was outdated by much modern aircraft. Some P-26 were used overseas in a 1937 conflict based in the Phillipines. 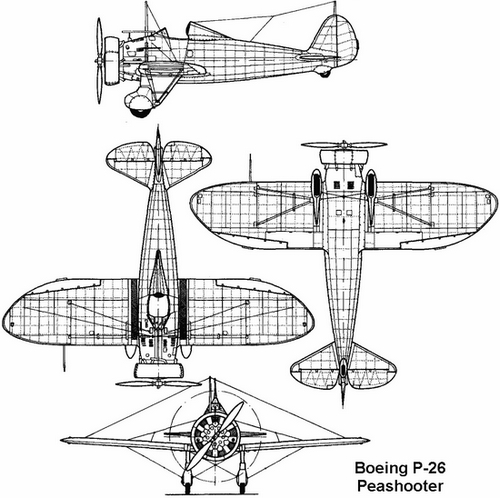 In 1/72 scale, plastic scale models were released by Revell, AZ Model and Pavla . In 1/48 Academy/Hobbycraft and Aurora and in the larger scale 1/32 by Hasegawa / Minicraft.