The Grumman F6F Hellcat was designed as a carrier based fighter in the Second World War. It first flew mid 1942 and from a distance looked like a Wildcat but was a completely new design. The engine was a Pratt and Whitney R2800 of 2000 hp which gave it a top speed of over 380 MPH. It later proved to be a match for the Japanese opponents such as the "Zero" in the Pacific War.  Over 12,000 aircraft were manufactured. 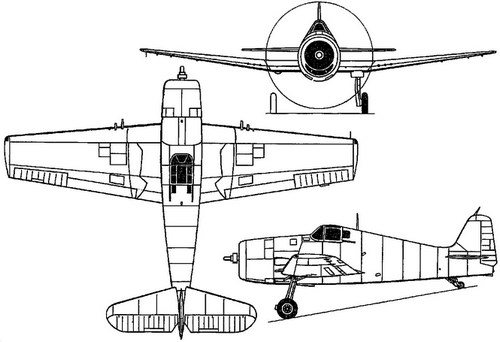 Many plastic scale models were released of this popular aircraft.

In 1/32 scale by Hasegawa, Trumpeter. In 1/48 by Aurora, Monogram-Revell, Arii, Fujimi, Hobbyboss Hasegawa and a good kit from Eduard.

In 1/72 classics were from FROG, Revell, Airfix , Heller, Hasegawa, Academy, AMT, and Eduard.  In 1/144 model were released by Platz, Academy, Mitsuwa and Revell. In odd scales, kits appeared as well.

this walk around page was created October 2016 by M. de Vreeze