The Northrop P-61 was designed as a night fighter and was the first American design for that role and was equipped with a radar. First flight was in May 1942. Called the Black Widow, it had a crew of three: pilot, gunner, and radar operator. Special was also a remotely controlled dorsal gun turret that had four .50 in (12.7 mm) M2 Browning machine guns and in the lower fuselage four 20 mm (.79 in) Hispano M2 forward-firing cannons were installed. With production starting mid 1943, the number of aircraft manufactured was limited but it played its role in all Second World War theatres. After the war, the P-61—redesignated the F-61—served in the USAF as a long-range, all-weather, day/night interceptor until 1950. 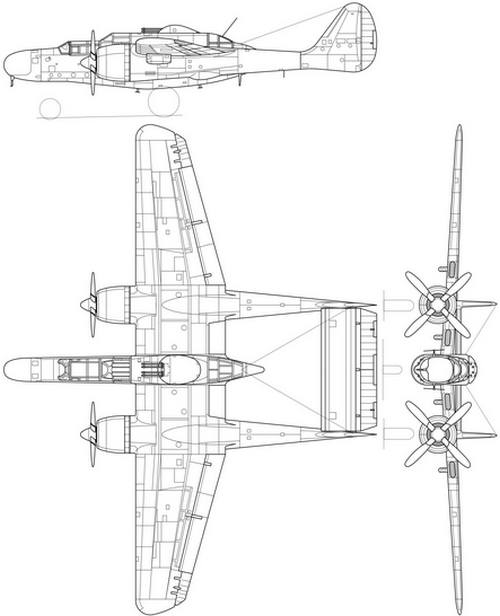 This P-61C-1NO c/n 1376 AF has the Serial. No. 43-8330 and was delivered to the Army mid 1945. It was used for cold weather tests and performed various roles until 1950. NACA also used the aircraft as a flight test aircraft for swept-wing aeronautics. It was photographed at the Steven F. Udvar-Hazy museum at Chantilly, Virginia.