The Mitsubishi A6M "Zero" became one of the most famous Japanese aircraft during the Second World War. It was a long-range fighter design by the Mitsubishi company for use from Japanese aircraft carriers. It was designated A6M Rei-sen / Mitsubishi Navy Type 0 Carrier Fighter (零式艦上戦闘機 rei-shiki-kanjō-sentōki). It became known as the "Reisen" (zero fighter) and that name was adopted by the Allies as well (though the Allied reporting name was "Zeke"). The Zero has a good maneuverability and very long range but had not a lot of armour. Still, it was considered the most capable carrier-based Japanese fighter during 1940 - 1943. Better aircraft arrived later in the war. Zeros were also used from land bases and the later fatal "kamikaze" attacks at the end of the war. Over 10,500 Zeros were manufactured. 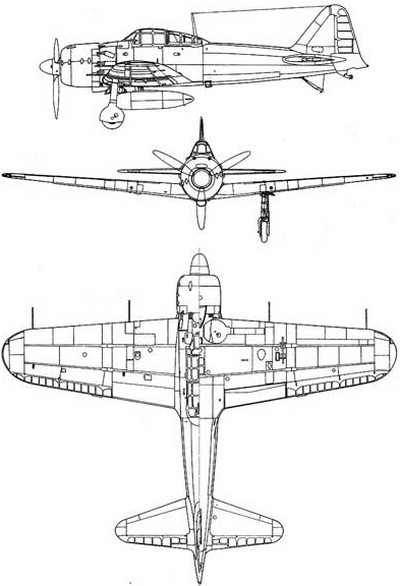 This aircraft is of the Planes of Fame museum in Chino. Two sets of photos. First seen to be still restored with interesting engine and internal details. The large holes at the corners of the cockpit instrument board on a real Zero had the firing handles for the 2 protruding canons.

and the same incredibly restored aircraft seen end 2016. This aircraft, coded yellow "61-120", is the only airworthy Zero powered with an original Sakae radial engine.

This aircraft was seen at the Smithsonian National Air and Space museum annex at Dulles airport, Washington (DC), USA

Many plastic scale models of the A6M appeared over the years in various scales. Too much to list but noteworthy is in 1/72 scale the Airfix Zero kit. Now in 1/32 the Tamiya kit is great.

This walk around page was first created February 2017 by M. de Vreeze