The Sikorsky S-43 was a twin-engine amphibious aircraft manufactured in United States during the 1930s. It was also known as the JRS-1 and first flew in 1935. Experience of the S-42 Clipper was used and it could carry up to 25 passengers. The smaller type, known as the "Baby Clipper", was used by several airlines also on longer flights in various parts of the World. A few were also used by the U.S armed forces as OA-8. 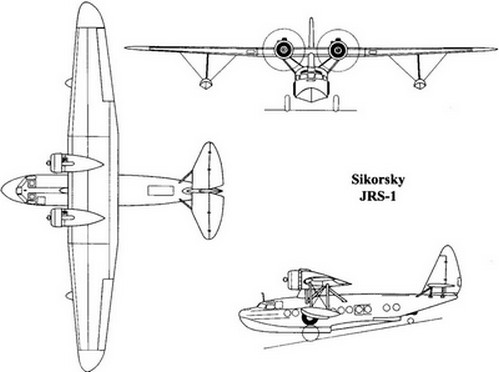 This restored aircraft was used by the US Marines corps, coded 2-MJ-4 . It was seen at the Pima Air Museum near Tucson, Arizona.

A few plastic scale models of the S-43 / JRS-1 are available. In 1/72 scale there was a Execuform vacuform, followed by Dekno kit and recent a good Sword / Special Hobby kit (also in a Eduard package). In 1/144 there was a Air Craft Models kit.

This walk around web page was first created May 2017 by M. de Vreeze