The Fairchild Model 24 was designed in the 1930s as a four-seat, single-engine monoplane light transport aircraft. The Model 24 was based on previous models from Fairchild and was civilian and military used. Several versions existed with different engines. Over 2,000 were manufactured. The United States Army Air Corps designated it as UC-61 / VC-61 and used it for light utility transport tasks. 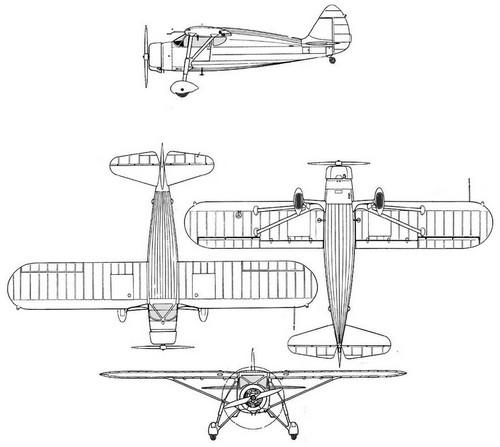 This Forwarder is a model 24 as VC-61 . It flew with the USAAF coded 43-14987. Later a civilian registration was OO-LUT. It is on display at the Brussels air museum at the Jubelpark in Brussel.

A few plastic scale models were released over the years.  In 1/72 Legato (also in AZ Models box) and Pavla have nice kits with older vacuforms such as from Formaplane and a Miku resin kit.