The Curtiss-Wright C-46 was designed in the 1930s as a commercial transport aircraft. It first flew as CW-20 in March 1940. First production aircraft had 2 Wright R-2600 Twin Cyclone engines. It was ordered in 1940 for military usage for the USAAF as C-46 and U.S. Navy/Marine Corps under the designation R5C and used first during the Second World War and Korea. It was also called the "whale". It was also later fitted with Pratt and Whitney R-2800 engines. After the war, many were purchased by commercial airlines but mainly also for transports in various parst of the World. The USAF used it until 1968. In total over 3,100 aircraft were manufactured in a few versions with different engines, doors and cabin layouts. 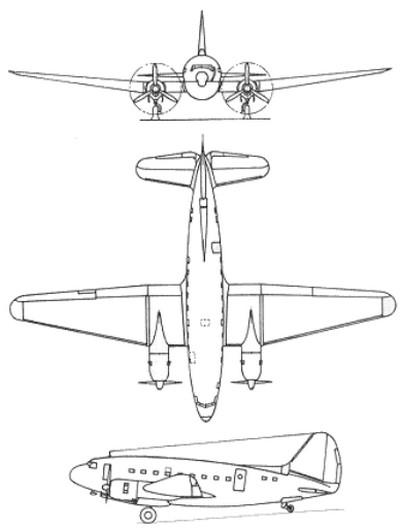 This C-46F c/n 44-78663 was delivered July 1945 being manufactured in Buffalo, NY. It flew with the US military until 1950 and than for various airlines. At the end of its career it flew in the 1970s as an agricultural sprayer. It was restored and is now dubbed "China Dowl" and is based at Camarillo where it was seen.

This webpage was first created September 2017 by M. de Vreeze