The C-160 Transall transport aircraft was developed in the 1960s in a joint project of MBB, Nord Aviation and VFW as they formed the Transall group in 1959. The C-160 was designed for transport and got a high wing with two Rolls Royce Tyne turboprop engines of about 6,100 hp giving it a maximum speed of about 515 km/hr. It has a ramp at the rear and is capable of flying from smaller airfields. Empty weight is about 29,000 KG and maximum TO weight about 51,000 KG.

The Transall can also be used for paratroop drop, electronic surveillance, airborne communications relay and medical evacuation. First flight was February 1963. Production started in 1967 and ended in 1972 with some 214 aircraft manufactured. The C-160 was used primarily by air forces of fleets (West-) Germany, France. Many were used in various conflicts and disaster relief tasks overseas. Some C-160 were also used by South Africa and Turkey and civilian operators.

A modernization was done of many existing aircraft at the end of the 1980s with updated avionics, a reinforced wing housing and additional fuel tanks. 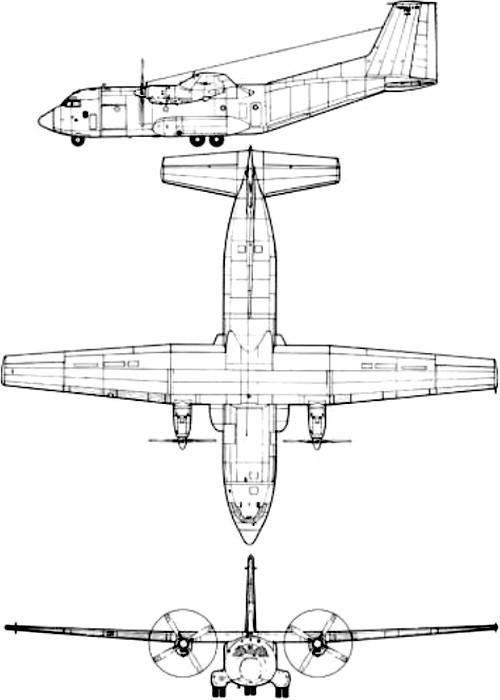 This Transall C-160D-138 is the transport version for the Luftwaffe, the (previous West-) German Air Force. It is coded "51 + 01" and bears a special scheme as operated by the 61 LuftTransportGruppe of the Luftwaffe. It was seen at the Den Helder Air show at Den Helder airport / De Kooy.