The Yokosuka (横須賀) D4Y Suisei (彗星 "Comet") was designed as a dive bomber for the Japanese navy. It was designed by Yokosuka. The initial engine in the Model 11 and 12 was a Atsuta 32 but later from the Model 33 the 1,400 hp Kinsei 62 was used. The Allies used the name "Judy" for this aircraft type. Production was difficult but still about 2,300 aircraft were built bij the Aichi company and Hiro 11 arsenal. Various versions were developed. It was also used for reconnaissance missions as it had a large range of about 2,200 miles. At the end of the Pacific war it was also used for kamikaze missions. 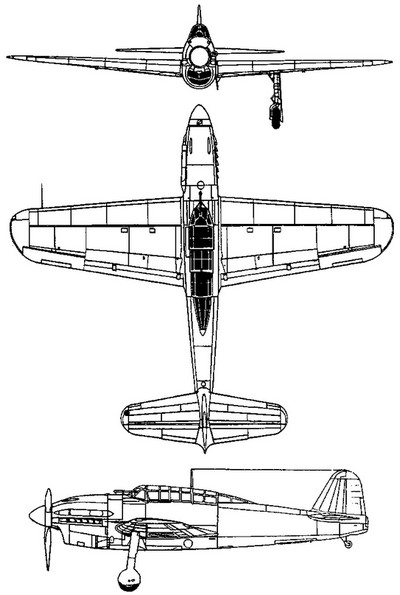 This aircraft is a restored aircraft that bears the no "60135". It was found as an engineless D4Y1 at Babo Airfield, Indonesia in 1991 and recovered. It was restored to represent a radial engined D4Y3 (but fitted with an American Pratt & Whitney R-1830 engine to enable ground running and taxiing of the aircraft). It is located at the Planes of  Fame museum in Chino (Ca.).

The first series as seen in 2013 inside the hangar

This walk around page was first published September 2017 by M. de Vreeze