The Seversky Company (later the Republic Aviation company) developed a single seat P-35 fighter in the mid 1930s. Evolved in parallel with the P-35, the 2PA was the two-seat fighter and fighter-bomber with a fundamentally similar airframe and powered by a Pratt & Whitney engine of 1,050hp. In 1935-39, Seversky sold 20 of the type to Japan. The Japanese Navy designated as these as ASV-1. Later, Sweden ordered 52 which carried the designation B6. In June of 1940, the United States government ordered an embargo on the sale of U.S. made aircraft to all foreign countries except Britain. Sweden had received two aircraft of their order, and the remaining 50 were sold to the United States Army Air Corps and designated the AT-12 Guardsman.

It is unlikely that any AT-12 served as an advanced trainer as most were allocated for use as fast transport aircraft. 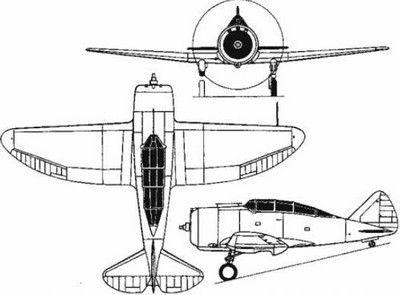 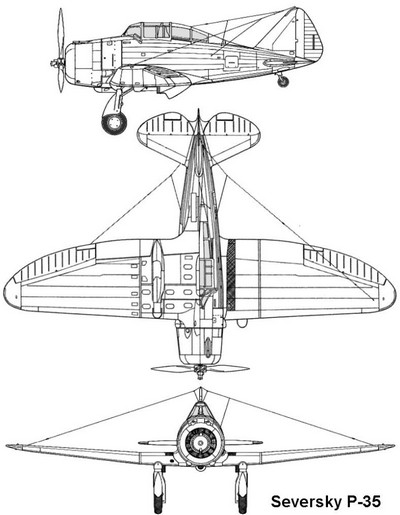 This AT-12 with serial no. 483-38 is a two seater and served as the base commander's aircraft at Lowery Air Base, Denver, CO. It is at the Planes of Fame Air Museum at Chino, California and is the only flyable AT-12 in the world.

This unique pursuit P-35A aircraft with serial no. 36-404 is the only original P-35A existing in the World. This one with a metal finish is painted in a scheme of the 17th Pursuit Group flying in 1941 in the Phillippines and is on display at the USAF museum at Dayton, Ohio.