Walk around - Dornier Do.27

The German Dornier company after the Second World War focussed on small utility aircraft. The Do.27 was designed as a single Lycoming engined STOL utility aircraft. First flight was June 1955 and it has a large span wing and is a "tail dragger". The cabin can accommodate 2 crew and 4 to 6 passengers. Several versions were developed and over 600 aircraft manufactured. Users were the West German Air Force but also the air forces of many other countries like Belgium, Spain, Belize, Nigeria and many more. It was also civilian operated. 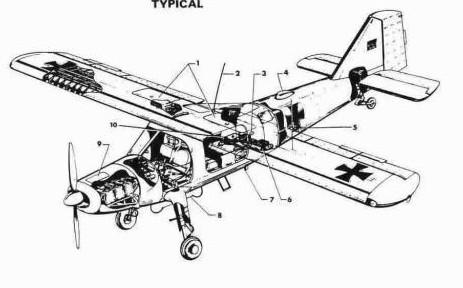 From 1960, 12 Dornier Do 27J-1 single engine aircraft were operated by the Belgian Light Aviation branch of the Belgian Army. They flew until 1977. This aircraft coded "DO - 4" was seen at the Jubelpark in Brussel, Belgium.