The Boeing company built in 1928 two new "pursuit" biplanes:  Model 83, designed for the Navy which had a hook-type arrester so that it could land on aircraft carriers and designated F4B. And Model 89 for the Army and known as the P-12. The designs had bolted aluminum tubing for the fuselage’s inside structure. Several versions were developed in the end 1920s and beginning 1930s and later versions had aluminum covering the fuselage rather than fabric or wood. Some 586 aircraft were manufactured for the US armed forces but also exported. A few were also built for civilian use. 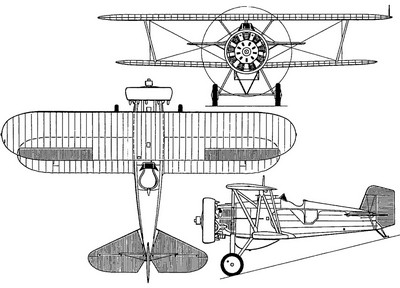 Several plastic scale models were released. Aurora / Entex had an old 1/48 with now a Classic Airframes kit.  Hasegawa had a 1/32 scale kit. In 1/72 models are from Matchbox and Pro-Resin.

This walk around page was first published April 2018 by M. de Vreeze.