Walk around - Douglas B-23 Dragon

Based on the B-18 Bolo, the Douglas company refined this medium bomber as B-23 Dragon. It had a DC-3 alike wing with larger wingspan and a fully retractable undercarriage. Also the B-23 was the first operational US bomber equipped with a glazed tail gun position. First flight was July 1939. It was however not so good as the B-25, so production was limited to about 38 aircraft and many were converted for transport tasks. 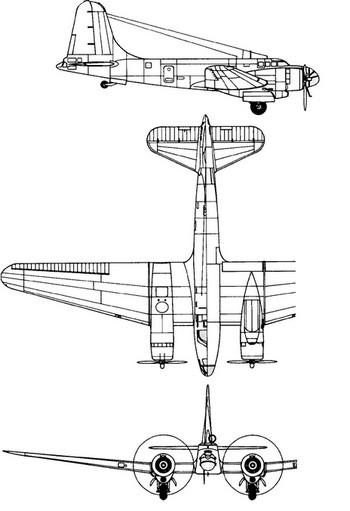 This is a UC-67, the 1963 redesignation of the B-23. This aircraft with serial.no."39-0047" was seen at the Castle Air Museum at the former Castle Air Force Base in Atwater, California.

Only one plastic scale model is known to have been released:  in 1/72 scale by Combat Models.

This walk around page was first published July 2018 by M. de Vreeze ;   note the Copyright!