The North American company developed in the 1930s another observation plane. The design featured a single wing and large tandem canopy. Also windows were situated in the lower fuselage enabling better observation. First flight was November 1935 and it had a Wright R-1820 engine of 1060 hp and a crew of three. It turned out that other aircraft types were better suited for the observation/ reconnaissance role and many O-47's were used for low risk patrols and towing. Some 240 aircraft were manufactured. 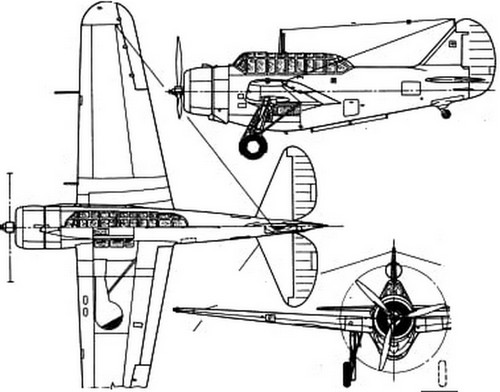 This O-47B with serial 39-112  was restored in 1979 and has the markings of the 112th squadron of the Ohio National Guard.  It is on proud display at the USAF museum at Dayton, Ohio.

Just a few plastic scale models are known: in 1/72 a short-run kit of Merlin and later injection moulded kit from AML

This walk around page was first published March 2020 by M. de Vreeze