The Boeing company developed in the 1930s a commercial passenger aircraft, the Model 307. It got a large pressurized cabin, was in full metal and could carry about 33 passengers with a crew of 6. It was powered by four Wright GR-1820 radial engines of about 1100 hp each. It first flew December 31, 1938 but this first plane crashed March 18, 1939 while flying a demo to KLM. Nevertheless, it was put into production though the type was not a success. It was called the Stratoliner and only 10 were built.

Some 5 aircraft were later also used by the U.S. Army Transport Command designated the C-75 with the pressurized cabin systems removed. 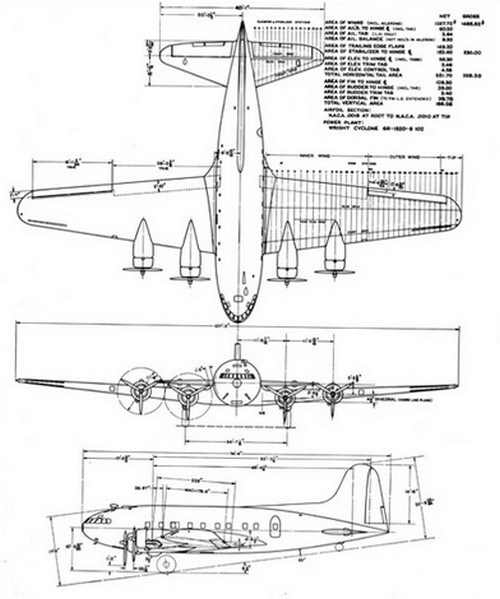 This is the last remaining Stratoliner that was flown by Pan American as the "Clipper Flying Cloud". Registration is NC19903. It was bought by the Smithsonian National Air and Space museum in 1969 and stored in the desert. It was to be restored but had a crash March 2002 in Elliot Bay near Seattle. It was salvaged and restoration continued. Many years later now it is on display at the Steven F. Udvar-Hazy facility near Washington D.C. Dulles airport.

Just a few plastic scale models are known: in 1/144 a resin kit from Anigrand and injection kit from Roden. Maquette had a rudimentary 1/72 kit.