As a shortage of aluminum may become a problem in the Second World War, the Budd company from Philadelphia developed a stainless steel cargo aircraft. The RB-1 Conestoga had 2 Pratt and Whitney R-1830 engines and the high wing configuration was quite different with a raised cockpit area for the 3 crew. It was envisaged to carry 24 troopers or stretchers. The RB-1 first flew October 1943. Only some 17 were built as aluminum materials for other aircraft types like the Douglas C-47 remained available and the Budd type had manufacturing problems. The few aircraft were used at Navy air stations in a utility role. One single aircraft was even used in Brazil by V.A.S.D. shortly after the end of the War. 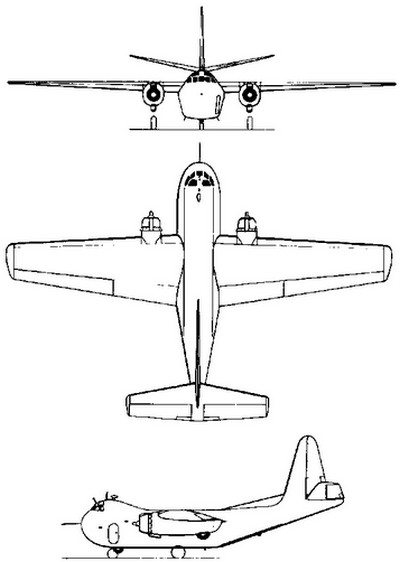 This RB-1 aircraft with serial no. 39307 (civilian N33308) needs restoration. The main aircraft structure is seen here at the Pima Air and Space Museum, Tucson, Arizona.

Just a few plastic scale models are known: in 1/144 a resin kit from Anigrand and Execuform had a rudimentary 1/72 vacuform kit.