The Boeing company developed in the 1930s a twin engined civilian transport aircraft. Model 247 used mainly metal for its structure but the main wing spar ran through the cabin. First flight of the type was February 1933. It was used by U.S. airlines with usual accommodation for about 10 passengers. The rival Douglas DC-2 that also was a full metal aircraft in that period had bigger capacity; that resulted that due to competition only some 75 Model 247 aircraft were built.

Some were used in air races and some in a military role as C-73. The type was used not only in the U.S.A. but also countries like Brazil, Canada, Colombia. 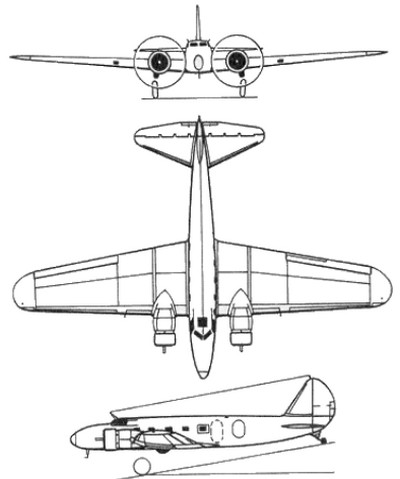 This aircraft with serial no. 1729 (civilian registration N13347) was restored and is on display at the Museum of Flight in Seattle.

This walk around page was first published March 11, 2020 by M. de Vreeze; note that copyright applies to all IPMS.NL walk arounds.