The Curtiss company developed a "heavy observation" aircraft end 1930s for the US Army Air Corps. It had a pilot and observer and was powered by a single 600 hp Pratt and Whitney  R-130 radial engine and could also be armed.The machine gun behind the wing was situated below the rear sliding transparant hood with a foldable spine cover in order to shoot.

The O-52 Owl proved not very capable to be used in combat during the Second World War and was used for utility tasks and some submarine patrols from American coasts.

Some 200 were manufactured and some were even supplied to the Soviet Union to fight on the Russian Front. 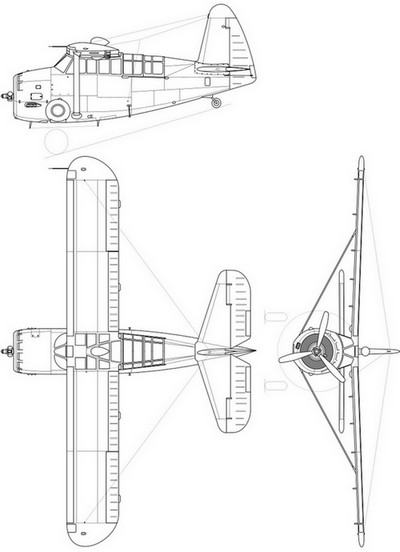 This aircraft with  bur.no  40-2746  is on display the the Pima Air and Space museum at Tucson, Arizona.

This Owl with bur.no 40-2769 is on display at the Yanks museum in Chino, California.

Plastic scale models known are: a 1/72 vacuform from Execuform and later a nice 1/72 injection moulded kit from Pavla.