The British De Havilland company developed a two seat touring and training biplane aircraft in the 1920s. The DH.60 Moth had the usual biplane layout and first flew in 1925. Several versions were developed with different engines and many flew with flying clubs. The DH.60 Cirrus Moth was the first version with an ADC Cirrus 60 hp engine. The DH.60 Gipsy Moth had a stronger 100 hp Gipsy I engine.

The type were also used by dozens of air forces as trainer. 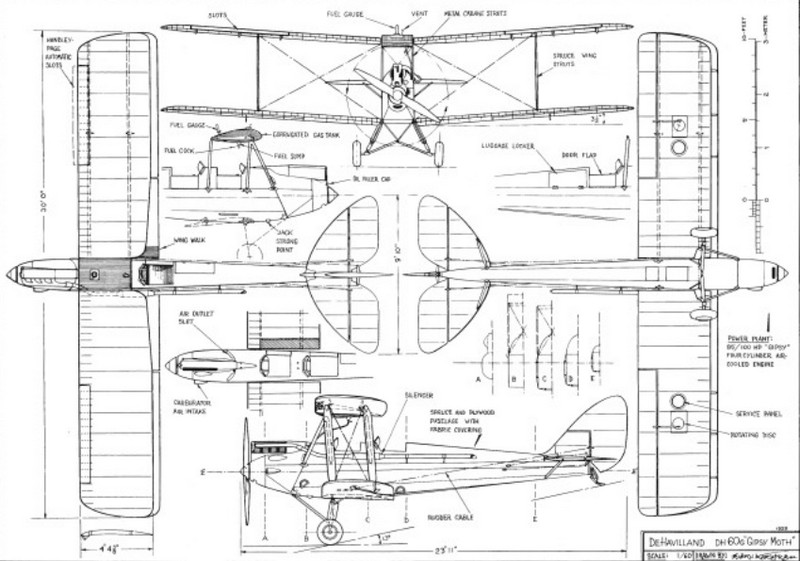 This Gipsy Moth with registration NC917M is a version powered by Gipsy I engine. It is on display at the Yanks museum in Chino, California.

This Cirrus Moth was the eighth DH.60 produced and was delivered August 1925. It retains the early single axle. This aircraft with registration "G-EBLV" is the oldest surving DH.60 and was seen in the Shuttle Worth collection at Old Warden, U.K.

Plastic scale models of the DH.60 known are a 1/48 Aeroclub Gipsy Moth. In 1/72 and old FROG Gipsy Moth kit and later from Amodel. Other Moth kits are also available in 1/72 from Amodel.