The new Grumman company designed in 1930/1931 the FF-1, or Model G-5 as "fighter". It was powered by first a Wright R-1820E engine of about 600 hp and later a 750 hp engine. The Type had a retractable gear and was made of light weight stressed skin metal. The crew was the pilot and a gunner. The FF-1 Dolphin nickname was "Fifi".  The FF-2 was a dual controls version. Some 116 were built but the Type was retired from first-line use in 1937 by the US Navy but some were used for training.

It was license built in Canada as G-23 by the Canada Car and Foundry and put into Canadian service. Some were exported to Japan, Mexico, Nicaragua and illegally to Spain for Republican use. (it is claimed that a Republican G-23 "Delfin" shot down a Heinkel during the Spanish Civil War). 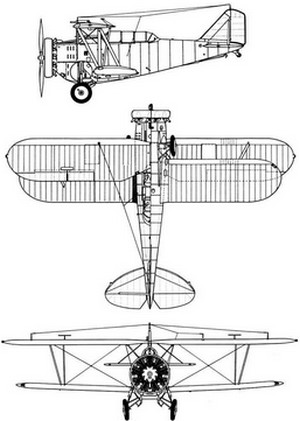 This aircraft "9351" is a former G-23 that was flown in Nicaragua. It was found in a scrap yard, retrieved and restored by Grumman in 1966. It is on display at  the National Naval Aviation museum at Pensacola.

Plastic scale models are: in 1/144 by Miniairons. In 1/72 scale by Czech Master/CMR, Meicraft and Esoteric and Rareplanes vacuform kits. Far better is a MPM / Special Hobby 1/72 kit in several version. RVHP has a 1/48 resin kit.

This walk around page was first created May 2020 by M. de Vreeze