In beginning 1945 during the Second World War, the Japanese leaders decided to use "people" for suicide "kamikaze" attacks to stop the Allies in the Pacific. Most of these suicide attacks would be made using normal combat aircraft but extra means were needed. The Ki-115 Tsurugi was designed for that purpose at Nakajima and first flight was in March 1945. It had wood as main construction material and to save weight the entire landing gear structure was dropped from the aircraft after take-off. It was supposed to be a one way trip but with a "glorious result".

Several different engines could be fitted depending on what was available. Its top speed was about 550 km/hr but higher in a dive carrying a 800 kgs explosive load. The aircraft proved to be very difficult to fly, especially for the all but untrained pilots who were supposed to take it into combat. Some 105 aircraft were apparantly built between May and August 1945 but the war ended before any flew in combat. 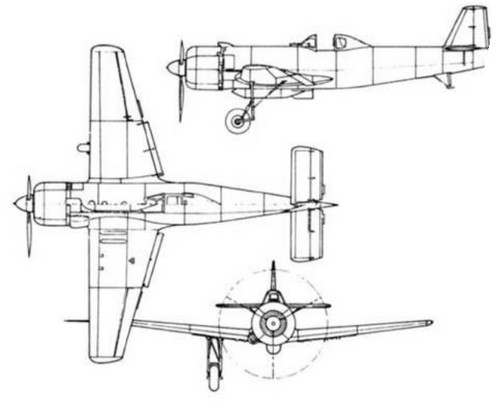 This aircraft has serial no "1002". This unique aircraft is one of only two still in existence and this one is on display at the Pima Air Museum at Tucson, Az., USA.

Plastic scale models are a rare 1/32 kit by Accu-Scale, and in 1/48 Eduard has a good kit. In 1/72 there are various kits by Eduard, Special Hobby, Kora, Choroszy and Aviation Usk.