The Sopwith ​1 1⁄2 Strutter was a British single- or two-seat multi-role biplane aircraft of the First World War. It was significant as the first British two-seat tractor fighter and the first British aircraft to enter service with a synchronised machine gun. It was given the name ​1 1⁄2 Strutter because of the long and short cabane struts that supported the top wing. Source:  WikiPedia 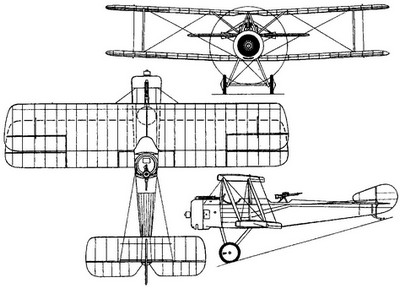 This Strutter is preserved in the Brussels armed forces museum in the Jubelpark in Brussel, Belgium. It is restored in a scheme of the Belgium Air Force of that period but it is a bit unclear if it is the original "S-85".

Plastic scale models known are in 1/48 by e.g. Roden. In 1/72 scale there were kits from Classic Plane, Merlin, CMR, Toko / Eastern Express.

This walk around page was first published January 22, 2021 by M. de Vreeze