Intended as a replacement for the vulnerable B.E.2, the R.E.8 was widely regarded as more difficult to fly and gained a reputation in the Royal Flying Corps for being "unsafe" that was never entirely dispelled. Although eventually it gave reasonably satisfactory service, it was never an outstanding combat aircraft. Nonetheless, it remained the standard British reconnaissance and artillery observation aircraft from mid-1917 to the end of the war. 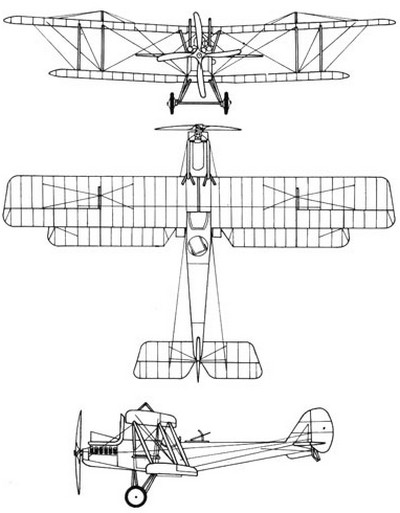 The R.E.8 flew also with the Belgian Air Force  and here is shown with code "8". It is preserved in the Brussels armed forces museum in the Jubelpark in Brussel, Belgium.

Plastic scale models are an excellent 1/32 scale WingNut WIngs kit. In 1/48 no models are known. In 1/72 scale kits from  Airfix, Classic Plane and Choroszy.

This walk around page was first published January 22, 2021 by M. de Vreeze; note that all photo's are strictly copyright by their contributors and may not be published elsewhere without prior written permission.