The Pilatus PC-7 Turbo Trainer made in Switzerland by Pilatus is a low-wing tandem-seat training aircraft. The aircraft is capable of many training functions including aerobatics, instrument, tactical and night flying. It is an advanced trainer used after a primary flying training. The PC-7 was sold to many air forces worldwide, including also in light attack roles. 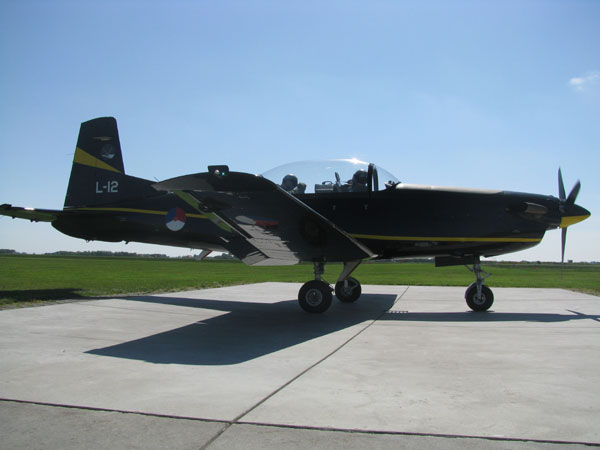 Pilatus PC-7 of the Koninklijke Luchtmacht.

The "L-12" of the Dutch Air Force, used as advanced trainer aircraft. 13 aircraft were bought from 1989.

Models: see our model list at our NedMil page here...

This walk around page was first published February 2012 by M. de Vreeze