The Douglas SBD Dauntless was an American naval dive bomber developed by the Douglas company. The SBD, with name Dauntless, was the United States Navy's main dive bomber from mid-1940 until late 1943. Although relatively slow and outdated when it began its combat career, it was rugged and dependable and sank more Japanese shipping than any other aircraft during the Second World War. 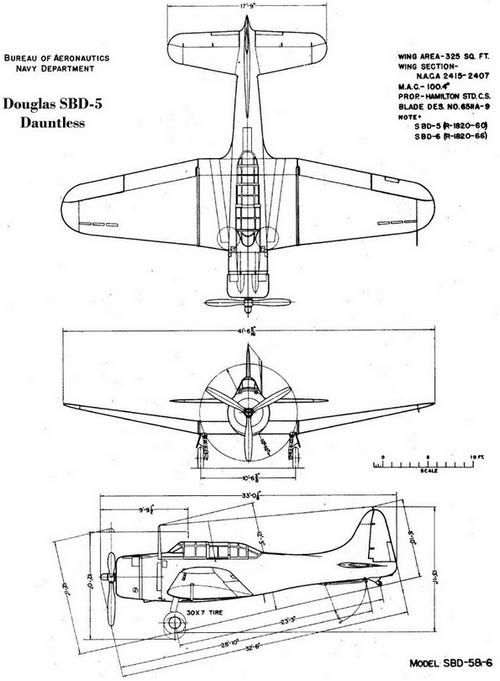 This Dauntless "54654" was seen at the USS Midway carrier museum at the harbour of San Diego, CA.

This SBD-3 with bur.no 06508 flew from 1943 a short time from the carrier Enterprise with bombing squadron 10. It later was used as trainer and lost in Lake Michigan. It remained there many years before recovered from 1990 and restored. It is on display at the National WW2 museum in New Orleans and is on loan from the National Naval Aviation museum at Pensacola.

Several plastic scale models exist of the Dauntless with 1/72 models of the old Airfix and now better Hasegawa. In 1/48 scale of Testors, Hasegawa and Nichimo. In 1/32 scale Trumpeter has a kit and Matchbox / Revell an old one. Look for the 1/32 Revell kit recensie (in Dutch hier....)

This walk around page was first created February 2012 by M. de Vreeze