The Lockheed Aircraft Corporation developed in the 1930s a twin-engined, all-metal monoplane airliner as Model 10.Called the Electra, it was Lockheed's first all-metal and twin-engine design. The prototype made its first flight on 23 February 1934. A redesign was proposed to fit a twin tail by a student assistant, Clarence Johnson. That was a good change in design. (Later Johnson became THE famous designer at Lockheed also at the  "Skunk Works" and developing advanced aircraft such as the Lockheed SR-71 Blackbird).

The Lockheed Electra was one of the first commercial passenger aircraft and US and European airlines operated the Model 10.  Some also accomplished exceptional flights. Merrill and JS Lambie accomplished a round-trip crossing of the Atlantic Ocean. A highly modified Model 10E was flown by aviatrix Amelia Earhart but in July 1937, she disappeared in her Electra during an attempted round-the-world flight.

Many Electras and variants  like the smaller Model 12 Electra Junior and Model 14 Super Electra were pressed into military service during the Second World War, for instance the USAAF under designation C-36. By the end of the war, the Electra design was obsolete, although many smaller airlines and charter services continued to operate Electras into the 1970s. 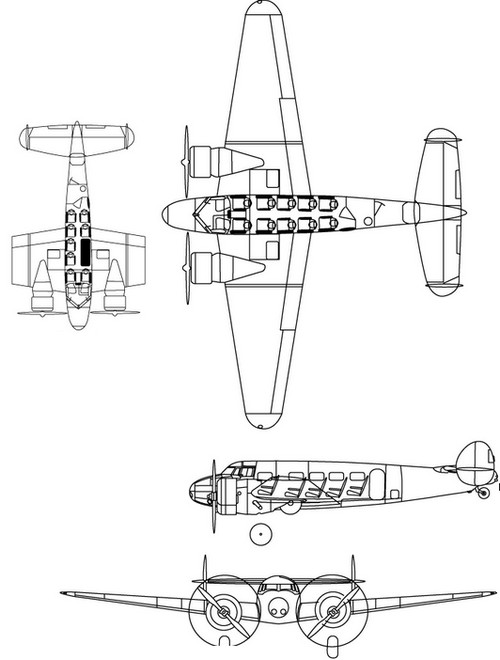 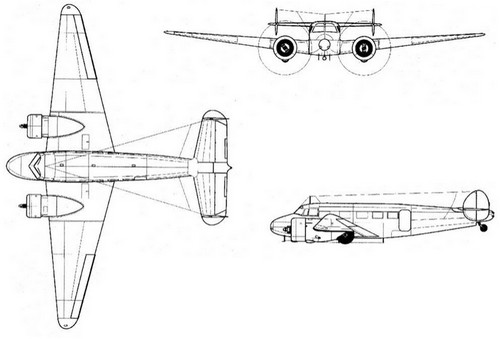 This aircraft is a Model 10A Electra was operated by Eastern Airlines in the USA in the 1930s as NC14959. This restored aircraft with shown registration NC5171N is on display at the Science Museum, London, U.K.

Plastic scale models are just a few but a nice 1/72 model is available from Special Hobby.