The Lockheed Model 12 was designed as an eight-seat, six-passenger all-metal twin-engine transport aircraft of the late 1930s. It was marketed for small airlines, companies, and wealthy private individuals. Based on the Lockheed Model 10 Electra, the Lockheed 12 was a smaller version. First flight June 1936 and the aircraft was excellent and for that time "all made of metal". It also looked relatively "fast" and became popular. The aircraft had double controls for 2 pilots and in the fuselage, for example, 3 x 2 seats could be placed in a fairly luxurious cabin.

The Model 12 was called the Electra Junior, more commonly known as the Lockheed 12 or L-12. It proved not to be very popular with airlines but was widely used as a corporate and government transport.

Some  aircraft were also used by the Royal Netherlands Military Flying School (RNMFS) te Jackson, Mississippi, USA during the Second World War for training and after the end of the war by their air force in The Netherlands (LSK), the later KLu. More info on our IPMS.NL NedMil here..... 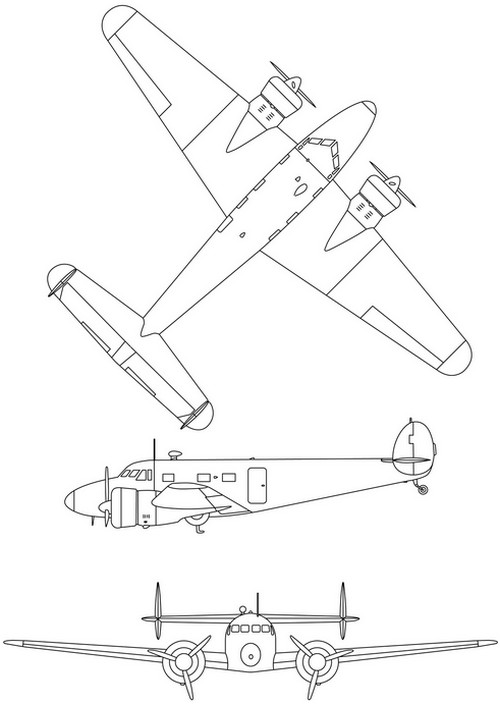 This aircraft is a former U.S. Army Air Corps C-40A. It has c/n 1257, serial number 38-540 and later civil registration N93R and has a highly polished finish.  The aircraft is on display at the Yanks Air Museum in Chino, California.

This walk around page was first created October 2, 2020 by M. de Vreeze