The "De Havilland" Canada DHC-2 Beaver is a single-engined, high-wing, propeller-driven, STOL aircraft. Developed by de Havilland Canada it is primarily known as a bush plane. It is used for cargo and passenger hauling, aerial application (crop dusting and aerial topdressing), and has been widely adopted by armed forces as a utility aircraft. The United States Army and Air Force purchased several hundred as U-6. Over 1,600 Beavers were produced until 1967. Many are now flown by bush pilots in Canada. 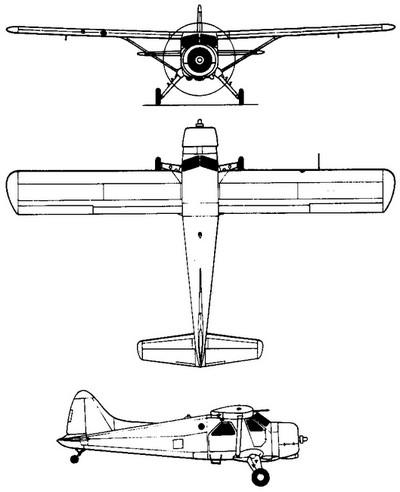 Selection of older photo's of Dutch Beavers as used by the Royal Netherlands air force.

and at the Anthony Fokker technical school (nineteen eighties):

This DHC-2 Beaver  mk.1 has floats with rudders! and a couple extra stabilizer fins. Civil aircraft with ICAO code "LN-NCC" (c/n 1167) was seen at Texel airport, The Netherlands in the Summer of 2016.

Some plastic scale models exist of the Beaver. The old FROG kit, the Airfix kit and Hobbycraft in 1/72, the later Hobbycraft kit in 1/48. Miniwing has a 1/144 kit.

The Netherlands Air Force also used the Beaver. Enthusiasts, modellers and historians may check-out the KLu Beaver details at the NedMil page here

This walk around page was first created January 2012 by M. de Vreeze;  note that all photo's are strictly copyright by their contributors and may not be published elsewhere without prior written permission.