The Beech Model 17 was developed in the early 1930s for use by business executives. The biplane design was special as the lower wing was set more forward than the upper wing. First flight was in November 1932. It had the usual structure of tubes and fabric and had even a retractable landing gear. The D17 Staggerwing was a redesign with a longer fuselage and the ailerons were set on the upper wing. Some modications were later needed to avoid aileron-wing flutter.

The aircraft was quite expensive to buy as it was available during the big economic depression. Several versions were developed and engines could be used used as the Pratt and Whitney R-985 Wasp junior. The UC-43 Traveller was a military version for liaison and light transport and used by the US Army Air Force. It was also used by British military and after the war by many other air forces in the World. (one was flown by the Dutch Prince Bernhard during WWII).

About 785 aircraft were manufactured until 1949. 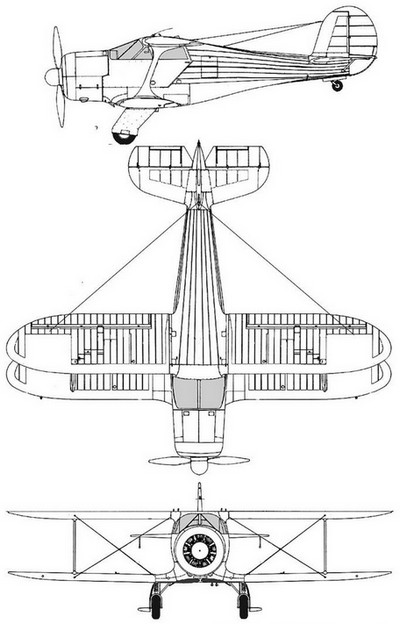 This aircraft with bur.no  4890 has the code 43-10842 and has a seal of the US Ambassador in London. The aircraft is on display at the Yanks museum in Chino, California.

This private aircraft with c/n 6880 was manufactured in 1944 and now has registration N52962. It is powered by a Pratt and Whitney R-985 engine. It was seen during a Sun and Fun event in the USA.

Plastic scale models known are: in 1/72 first vacuform from Rareplanes and later a better kit from AZ Models. ESCI/Ertl and Roden have a 1/48 model.