Walk around - Douglas B-18 Bolo

The Douglas company developed the B-18 as bomber in the 1930s in a USAAC competition as primarily a Martin B-10 replacement. First flight was in 1935 and production started in 1936 with the Bolo as it was nick named fitted with Wright R-1820 radial engines. The later version also known as DB-2 had a nose turret. The B-18A had the bombardier's position further forward and more powerful engines.

Deliveries began in the first half of 1937 and by 1940 many were in use by the USAAC. The Bolo however was quickly obsolete and many were operated in the Philippines and at Hawaii by the time of the Japanese attack in the Pacific. Most Bolo aircraft were re-located to the Continental US. A few were also operated by the armed forces in Canada and Brazil. 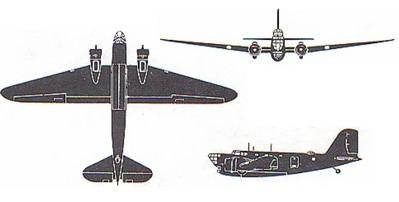 This B-18A has serial no. 37-469 and is on display at the USAF museum, Dayton. Ohio. The aircraft was acquired and restored by the museum in 1971. It is painted as a B-18A serving with the USAAF 38th Reconnaissance Squadron in 1939.

This is a B-18B with serial no. 38-0593 that was restored in a green livery and put on proud display at the Pima Air Museum, Tucson, Az.

A few plastic scale models were released, some were very old vacuforms. Now Special Hobby has a good injection moulded kit in 1/72.