The PV-2 Harpoon was a major redesign of the Lockheed Ventura. The wing was enlarged and a larger load was possible. Engines were Pratt & Whitney R-2800 Double Wasps. First flight was December 1943. Armament for the PV-2D was usually 5 forward-firing machine guns and also HVAR rockets were possible under the wing. It was also used for anti-submarine duties. 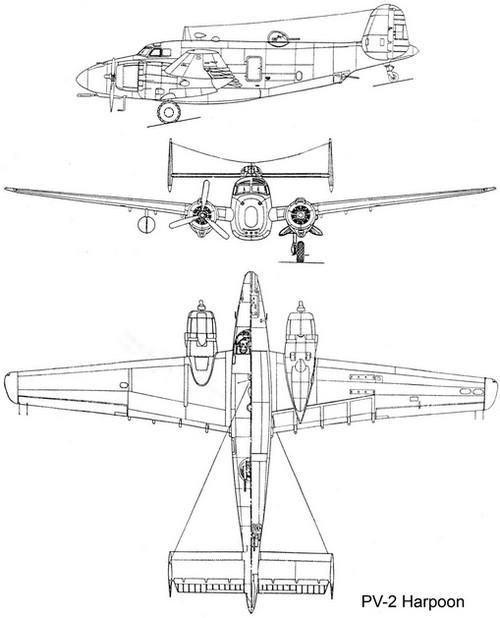 This particular Harpoon coded 37211 was seen at the Palm Springs museum, Ca.

This aircraft c/n 15-1473 is now civilian registered N86492. This Harpoon was seen at Falcon Field at Mesa, Arizona.

Just a few plastic models exist of the Harpoon: in 1/72 scale, there were some vacuforms like from Rareplanes but the best model is of Special Hobby.

This walk around webpage was first created February 2017 by M. de Vreeze