The Stinson Reliant was designed as a single-engine four- to five-seat high-wing monoplane. It was manufactured by the Stinson Aircraft Division in Michigan, USA in the 1930s. Several models were manufactured with different engines. Models up to SR-6 had a straight wing and later models a gull wing. The military designation was AT-19, UC-81.

Over 1,300 Reliants were manufactured and it was quite popular. 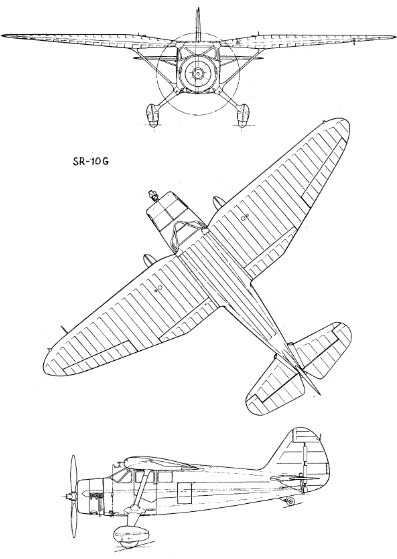 This Reliant SR-7B with registration TF-AZX was seen in Iceland at the aviation museum at Akureyri.  It has the Lycoming R-680 radial piston engine and has a 5 seat cabin layout.

The first scale models released were very old and made of wood in odd scales.

Plastic scale models are in 1/48 by ESCI/ERTL and in 1/72 with Dekno injection moulded kits and 1/72 vacuforms of Execuform and Magna Models.