The Willys MB commonly known as a Jeep or jeep and also the Ford GPW. It was designed as utiklity vehicle. Load capacity is about 1/4 tons and it has 4x4 drive. It was produced from 1941 to 1945 and was widely used in the Second World War with in total over half a million jeeps manufactured. After the war it was used as basis for the civilian CJ Jeep versions. 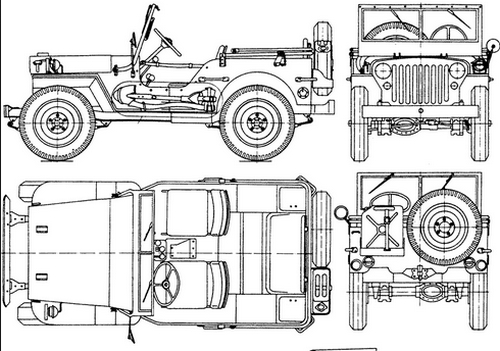 This Jeep is a type "Willys - Overland Jeep MB". It has body type 1 and was manufactured in May 1943 with chassis no 136263. It has a weight of 1470 kg and can reach a speed of about 100 km/hr.  Delivered to the US ARMY it was later transferred to the NAVY. It has been restored with original parts. It has a Dutch owner and was present at the large memorial ceremony at Omaha beach in 2014.