The Porsche model 914  was a cheaper alternative than the Porsche model 911. It was developed by Porsche and Volkswagen in the early seventies and it was sometimes called the "Volkwagen-Porsche". For the 914 a four cylinder or six cylinder engine was available. The six cylinder was pretty fast on the circuit, faster than a 911. 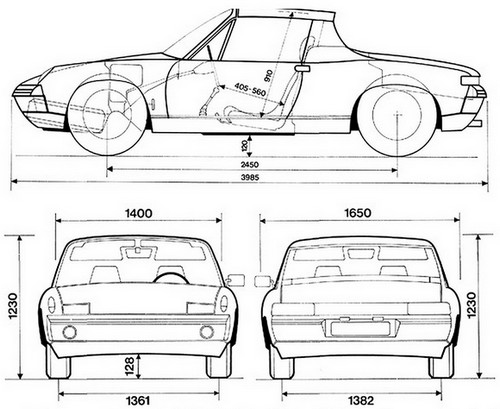 This Porsche 914 TARGA was used by the Dutch National Police ("Rijkspolitie") (later Korps Landelijke Politie Diensten). With an open roof  communication with other car drivers was easier and also hand signals could be given. The police officers had thick warm suits and helmets as they used this open car to patrol the larger motorways in The Netherlands.

This car was shown with others at a special exhibition Summer 2016 at the Louwman car museum in Den Haag, The Netherlands.

Some plastic (and metal) scale models were released of the Porsche 914 . Revell had 1/25 scale kits and ENTEX a 1/20 scale kit.